Ulaanbaatar /MONTSAME/ The Asian Development Bank (ADB) has raised 21 billion Mongolian togrog (MNT), about $7.5 million, in a groundbreaking issue of the first offshore MNT-linked nomad bonds. The issue sets a new benchmark in the international bond market for frontier currencies.

The bond carries a 10.1% semi-annual coupon with an amortizing 5-year maturity. Denominated in MNT but settled in US dollars, the bond issue was underwritten by ING Bank and sold to a European asset manager. The proceeds are deployed to fund ADB’s Gender Inclusive Dairy Value Chain Project for Milko LLC in Mongolia.

“This is a milestone transaction for ADB’s local currency operations,” said ADB Treasurer Pierre Van Peteghem. “The emerging and frontier markets have come under pressure during the pandemic, therefore the ability to raise competitively priced term funding in Mongolian togrog at this time is a major achievement with tangible benefits in terms of currency risk mitigation for ADB’s borrower.”

Currency-linked bonds are important in development terms because they help plot a yield curve where government issuance is often sparse. The Mongolian domestic government bonds have maturities of up to 3 years only, and the government has not completed any new issue of MNT debt securities since September 2017, therefore ADB’s nomad bond serves as a relevant benchmark. 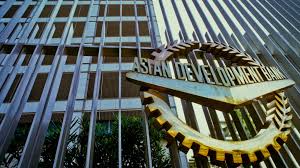 ADB is a regular borrower in the mainstream international bond markets but has also led issuances in developing Asian countries as part of its efforts to promote local currency bond markets as an alternative to bank lending. ADB has previously issued currency-linked bonds in Armenian dram, Georgian lari, Indian rupee, Indonesian rupiah, and Philippine peso.

ADB is committed to achieving a prosperous, inclusive, resilient, and sustainable Asia and the Pacific, while sustaining its efforts to eradicate extreme poverty. Established in 1966, it is owned by 68 members—49 from the region.